What is the Penn Treaty SSD? 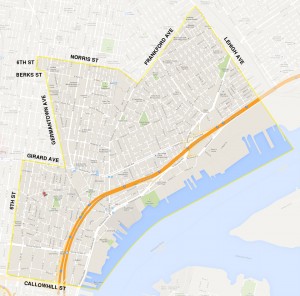 The Board meets to consider Grant and Sponsorship applications the third Wednesday of every month (except for July and August).

What kinds of organizations are funded

Non-Profit Public Charities
This means that you are a registered 501(c)(3), and can produce
an IRS Determination Letter with a valid non-profit E.I.N. Number.X

What criteria are considered by the Board
in deciding Grants and Sponsorships?

These are guidelines regarding how the Board views requests in general. In addition to the documents requested in your application, each request is reviewed and evaluated on its individual merit.

The term charitable is used in its generally accepted legal sense and includes relief of the poor, the distressed, or the underprivileged; advancement of religion; advancement of education or science; lessening neighborhood tensions; eliminating prejudice and discrimination; and combating community deterioration and juvenile delinquency.

The term educational includes the instruction or training of the individual for the purpose of improving or developing his or her capabilities.X

Salaries are not generally supported.

Grants and Sponsorships are not awarded to entities that are the responsibility of the City of Philadelphia (i.e. public schools, recreation centers). This exception was made so that City and State funding of the District would not be impaired by the perception that the PTSSD would take on this responsibility.

The PTSSD does not make Grants or Sponsorships to individuals.
Such awards would be a hardship on an individual, as it would constitute taxable income to the recipient.

IMPORTANT: The PTSSD mission is not to become a permanent source of funding for any individual organization or group. Therefore, funding received in any given year should not be seen as an indication that subsequent funding is assured.

What is the difference
between a Grant and a Sponsorship?

Three Grants are considered at each meeting.

APPLYING WITH A FISCAL PARTNER

If you are a private organization you are strongly urged seek an established non-profit as a co-sponsor for your Grant or Sponsorship Request.

This partnership insures that you are not taxed on the award by the IRS.

All Grant and Sponsorship Recipients…

Applicants (and Co-Sponsors) must sign their Agreements in order to receive their check at the next scheduled Board Meeting after the request is approved.

Unused Grant or Sponsorship Funds are to be reimbursed to Penn Treaty SSD by the date the the Final Report is due. The recipient may request to reallocate unused funds in writing. Email your request with a budget and estimates to ptssd.secretary@gmail.com

If you are applying with a fiscal sponsor, you will need a  Co-Grant Application or a Co-Sponsorship Application as the case may be.

Provide all of the documents, information, and signatures requested.

Include an itemized budget and at least two estimates for labor.

You can mail the request form and supporting documents to:
Penn Treaty SSD
702 N. 3rd Street
No. 38
Philadelphia, PA 19123

Digital copies (preferred) can be emailed to: ptssd.secretary@gmail.com

You will be notified when your application is received. You will also be given the date that it will be considered.

The Board generally considers three Grant Requests and five Sponsorship Requests per month. The applications are scheduled on a first-come, first-served basis. The Board meets in the evenings on the third Wednesday of each month at 6 p.m. (except for July and August).

If there is no room on the Agenda for your application, your request will be scheduled for the following month.

Decisions to award or deny requests are made at the meeting when your request is heard. Applicants are notified of the outcome within the next few days.

All checks are released at the following month’s meeting.

TIP: Allow at least three to four months of turnaround time
from the date you send us your request.

If your request is denied, you should not be discouraged from re-submitting your request (with changes), or from requesting funding for other projects.